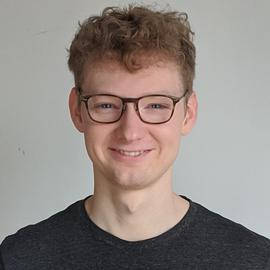 I am PhD Student in the psychology department at Stanford University, advised by Professor Noah Goodman. My research focuses on understanding how humans use language to share knowledge and work together. I am particularly interested in pragmatics and teaching.

I did my undergraduate degree at the University of Toronto, where I worked in the labs of Yang Xu, Joseph Jay Williams, Daphna Buchsbaum, and Falk Lieder.

When inferring causal relationships, we must balance exploring hypothesis space by trying completely new hypotheses with exploiting the effectiveness of our current hypothesis at explaining the data by making minor revisions. I worked in Professor Daphna Buchsbaum’s lab on modelling the process of hypothesis revision in causal inference using particle filters and Markov Chain Monte Carlo over a structured space of rules.

It is often valuable to be able to run experiments adaptively, particularly in settings such as educational experiments and clinical trials. That is, rather than simply assigning participants to conditions uniformly randomly, assigning them based on the existing evidence that the condition is most helpful. This is most often done with bandit algorithms. However, the data gathered using bandit algorithms often leads to higher false-positive rates and reduced statistical power when standard hypothesis tests are used. In this project, supervised by Professor Joseph Jay Williams, I worked on modifying bandit algorithms and statistical hypothesis testing to enable experimenters to assign more people to better experimental conditions at minimal cost to statistical rigour.

Setting and pursuing goals are fundamental aspects of human cognition. By definition everyone wants to achieve their goals, but people often fall short of the goals they set for themselves. This project, supervised by Dr. Falk Lieder, used resource-rational analysis to understand how cognitive constraints shape human goal-directed behaviour. We drew upon ideas from cognitive psychology, behavioural economics, and reinforcement learning to better understand the role of limited cognitive resources in human goal pursuit.